In ODK Collect, the form ID is shown underneath the form title in the Get Blank Form page: 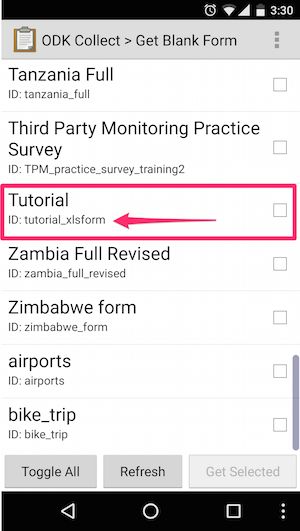 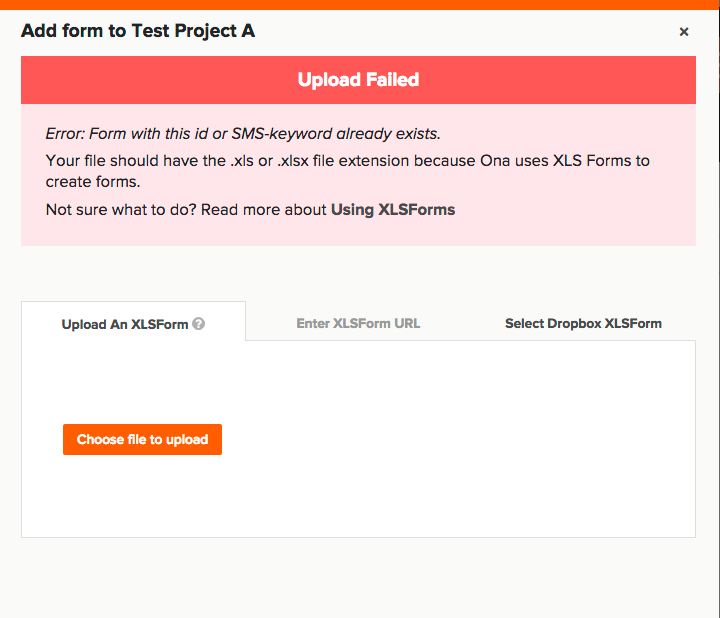 Replacing forms if id_string is changed during upload

If a user tries to upload two forms with the same form ID in separate projects in the same account, Ona will allow the second form to be uploaded, but Ona will append the second form’s ID string with _1 to maintain unique ID strings for all forms in the account. 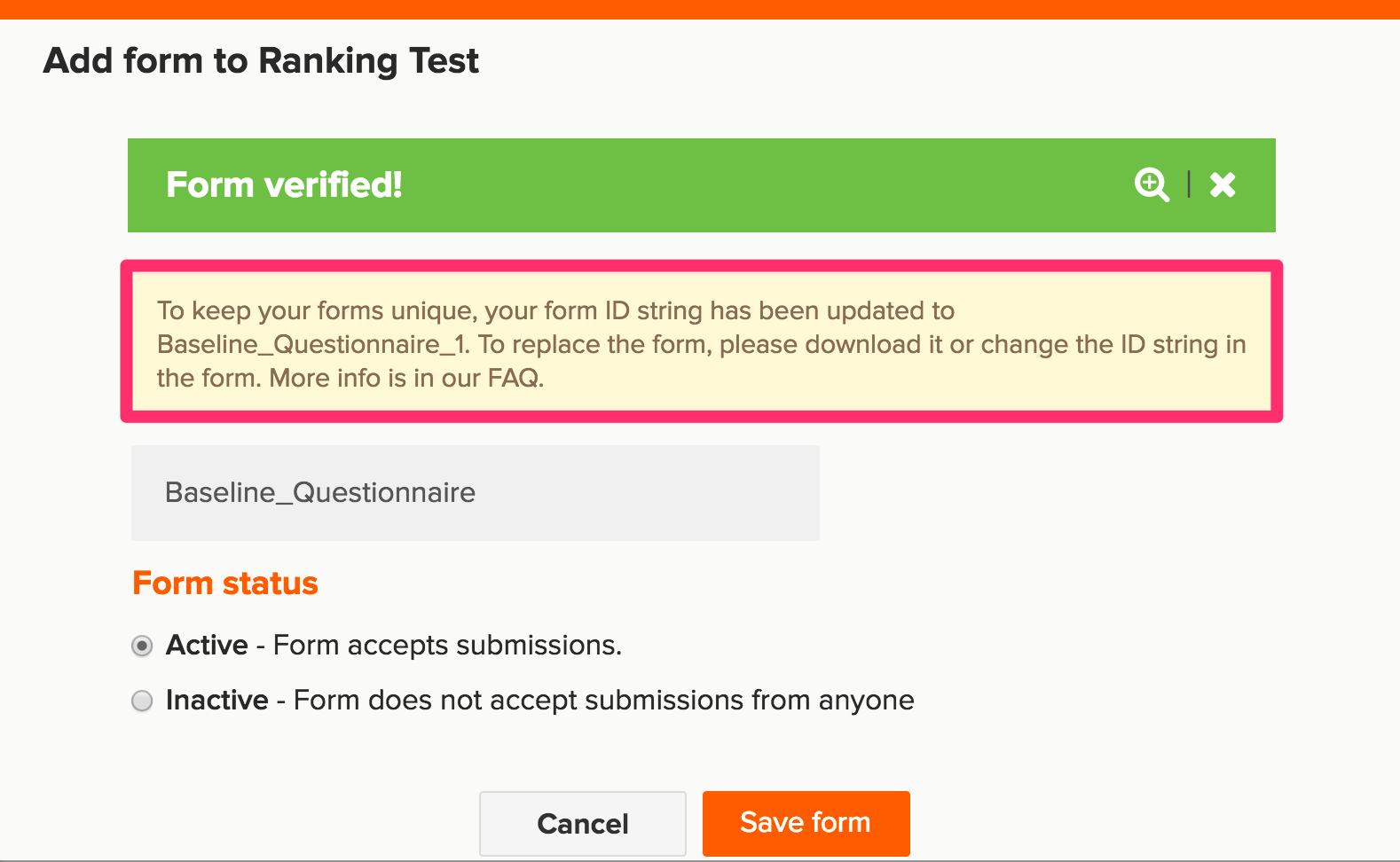 When replacing the second form, be sure to update the form’s ID string or download the XLSForm from the form Settings tab in Ona, or else Ona will reject the form upload due to mismatching ID strings.